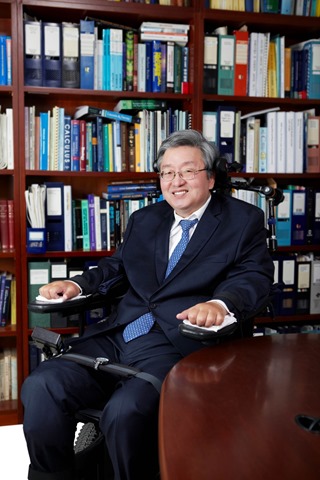 PyeongChang, Republic of Korea,December 18, 2017 - Gangwon Province, Republic of Korea, host of the XXIII Winter Olympic Games, last week launched the “PyeongChang Forum for the Earth and its Citizens,” an annual meeting designed to create a global dialogue on the critical need for protection of the earth and its environment. PyeongChang is the Olympic host city located in a mountainous region of Gangwon Province. The announcement was made at a conference at UN headquarters in New York.

The first PyeongChang Forum will take place with the participation of leaders in earth science and education in Seoul just two days before the opening of the Winter Olympics on February 9. Dr. Lee Sang-Mook, celebrated Korean scientist, is Chairman of the Preparation Committee of the PyeongChang Forum. Future Forums in PyeongChang will be open to global citizens for discussion of environmental issues as well as the UN Sustainable Development Goals.

At the UN, Governor Choi Moon-soon of Gangwon Province said that the Olympic organizers are determined to make the 2018 Winter Olympics the most eco-friendly ever and to continue the work for the environment through the PyeongChang Forum. “We are all global citizens connected through sports, culture and education,” he said.

“New Horizons for Sustainability,” the theme of the Games, was maintained throughout the preparation period, resulting in lowered carbon emissions and construction of “green” buildings and infrastructure, including a high-speed train linking Seoul with PyeongChang.

The PyeongChang Olympics demonstrate that the most ambitious and popular sporting events and entertainments can also be eco-friendly. Following the Games, its environmentally sustainable facilities will become part of a world-class tourism and sports center for all of Asia. People in the region will have a center of recreation and enjoyment for years to come.

The PyeongChang Forum is a reminder that our actions for the earth and our environment must be on-going – not just a one-time celebration, as glorious as that will be during the Games,” Governor Choi said.
Label: Featured, happening, lifestyle, olympics, sports, sports news, world
Terimakasih telah membaca artikel Hosts of the 2018 Winter Olympic Games Announce “PyeongChang Forum for the Earth and its Citizens”. Jangan lupa share ya
Share
Next Post
Previous Post