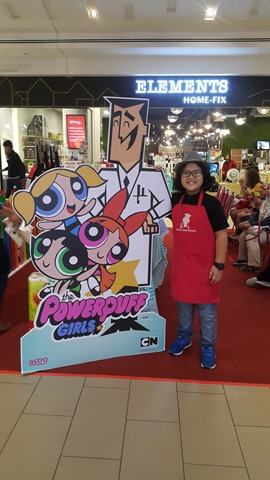 When Professor Utonium accidentally added Chemical X to his recipe of sugar, spice, and everything nice, The Powerpuff Girls were born. Now Cartoon Network is asking viewers in Malaysiato identify their very own POWFACTOR!

POWFACTOR is a globalinitiative that helpskids discover the “special ingredient”within them that drives them to change the world. In particular, it recognises kids who have found a way to empower themselves and give back to their communities.


In Malaysia, Cartoon Network (Astro Channel 616) has teamed up with self-taught kid chef Danish Harraz Abd Hafiz (fondly known as Abang Danish). At just 10, Danish runs his own baking and cooking business online, catering to the demands of tens of thousands of followers on social media. In hopes of inspiring them, he provides recipes and shares cooking videos. Aside from this, Danish also gives back to society by channeling 10% of his revenue to the Need to Feed the Need (NFN), a community-run soup kitchen.
Fans of The Powerpuff Girls in Malaysia are encouraged to join in the fun and submit their own POWFACTOR trait via the Astro Circle website. The 10 best entries will win a selection of Powerpuff Girl toy-sets including action figures and plushies.
Elsewherein Asia, kids who have demonstrated their POWFACTOR include14-year-old Kyra Poh from Singapore who was recently crowned as the "World's Fastest Flyer”, and Isabel Sieh, Hamzah Marbella, Louise Mabulo from the Philippines, who are making their mark in the art, culinary and digital spaces.


Cartoon Networkwill air some seriously awesome POWFACTOR programming on three Fridays - April 14, 21 and 28from 4pm which is themed after Blossom, Bubbles and Buttercup’s own POWFACTOR strength – leadership, kindness and strength. During this programming block,Danish, Kyra, Isabel, Hamzah and Louise will alsoshare more about their passions. 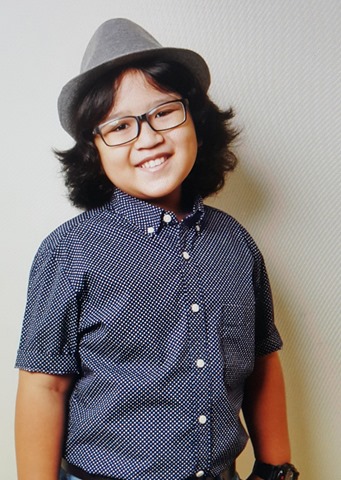 Danish is a self-thought kid chef. His interest bloomed when he was four, his passion came at five and he started baking and cooking at six. Armed with knowledge gained from YouTube, websites and apps, he shares his recipes in hopes that everyone will be inspired and will try the recipes themselves. He runs his own baking and cooking business online, catering the demand of his social media followers. Danish is also active in the local charity scene and some of the profits from his business are donated to orphanages and the needy. He is also a member of the NGO “Need to Feed the Need” (NFN).
Label: entertainment, Featured, kids entertainment, lifestyle, motherhood, parenting news, parenting parenthood
Terimakasih telah membaca artikel Cartoon Network Launches POWFACTOR with Danish Harraz. Jangan lupa share ya
Share
Next Post
Previous Post