Digital Kidnapping - How To Avoid It???

Not so long ago, an issue with regards to the pedophiles attracts my attention and I've discussed it in one of my entry named Jenayah Pedophilia...Seramnyaa... Manusia Semakin Hilang Kewarasan.... Yes, of course I am one of the concern parents out here because as a blogger to be specifically parenting blogger, I've always put up my son pictures on my blog as well as the media social platforms namely Facebook, Instagram and Twitter.

There were floods and tones of his pictures all over my blog and my media social. So, I am one of those that should worry about. Adding on to it, we were being told about Harith Iskander Son Picture Used on Pornography Website.

You take a photo of the moment when your child or toddler is doing something absolutely adorable. You can't wait to share it with your family and friends on social media and immediately upload the photo, alongside the hundreds of other photos you have previously posted.

Such is modern life. Gone are the days where we took photographs on a film roll, developed them and put them in a photo album to share with family and friends when they came to visit.

These days, thanks to digitial imaging, smartphones and internet connectivity, we do not have to wait until someone comes visiting to share photos with them. With just few taps on the touchscreen of our mobile gadgets, we get to see photos of family and friens almost instantly.

Which, incidentally, has also made it so much easier for severely sick-minded paedophiles to scour the internet for photos they find appealing to share within their psychologically-demented circle to drool and fantasize over.

Owhh...if you notice this in the picture that I've share above...the name of the tools is Google Alert. 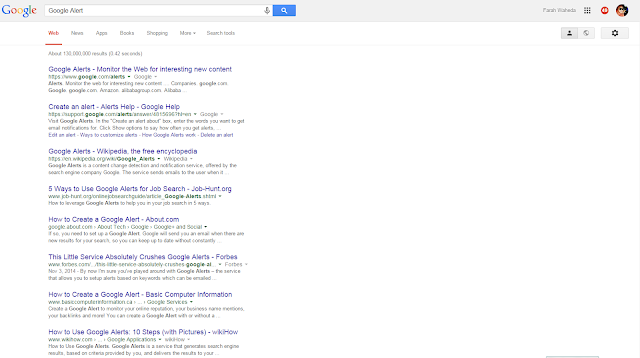 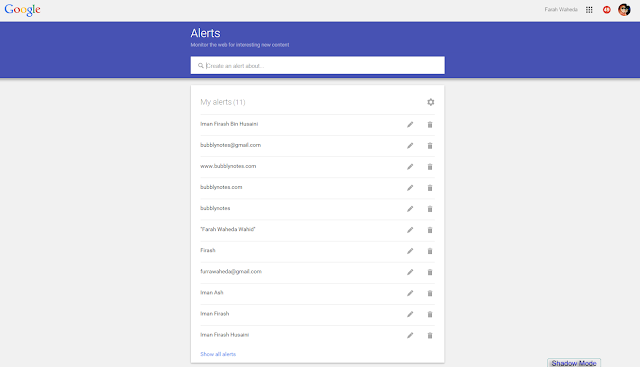 Psssttt...learning from the incident that has happened to Harith, I quickly set up all the possible alerts for myself as well as Ash...

Harith was lucky that the person or persons responsible had actually captioned the photo using his name.

No one knows how many other photos of children around the world are used on child pornographic sites without names or captions. Okkkk, this worries me a lot!!!

Yes, these photos need not be pornographic in nature as most people would understand them to be. They can be everyday photos of children in school or at play with these sick people are capable of fantasizing over in lewd ways.

Hard to swallow isn't it? For normal people like you and me? How could anyone strip the innocence and dignity of a child by merely just looking at normal photos of them?

Unfortunately, the fact is this there are some really sick people out there. It is believed that there exists what tech-geeks would term as the dark web. Web portals that feature the unthinkable, accessible only to those who have proven themselves within that heinous society of sick minds.

Meanwhile, the rest of us here, living in a normal world, happily sharing photos of our children are unaware as to whom may have taken some of these photos and posted them in the underworld, so to speak.

But can we let these monsters rule our lives? Harith Iskander decided not to let the sickos get the better of him.

After discovering the photos, he lodged a report with the police and the Malaysia Communications and Multimedia Commission (MCMC). It was found that the site was hosted in the US and also featured photos of other celebrities' children.

He later told the Malaysia media: "I will not cower down by this incident and lock my child behind closed doors and not revealing anything about them." But Harith said that he wants to bring to light the many more serious cases of child pornography on the Internet.

We cannot blame ourselves should our photos end up as digital kidnapping and digital pedophilia cases but we can take measures to help in the fight against them. The incident opened my eyes as I think...and I admit that I myself had done a mistake by uploading one of my son picture that could attract those sickos. Sample of the picture could be found on one of my entry named Aktiviti "Sabtu-Day" Iman Ash... (Of course I would not repeat putting it in this entry though...)

One such ways is to ensure that the photos that we upload are shared exclusively among friends and family members whom we trust. There are security settings on social media applications that allow us to restrict who views these photos. Again, this is not a complete measure as it is with the case of anything digital and online - social media can be hacked.

Another method that parenting sites recommend is to watermark our photos before uploading them. This can be done even on mobile devices by downloading applications such as Add Watermark Free.

By doing so, you pretty much put a mark across the photos, whichmost of these sickos will find frustrating to look at.

If you are the type to regularly upload photos, then make it a point to also regularly search the Internet in case your digital photos get "kidnapped" and used on other sites.

Many people are unaware of this, but Google offers a pretty good image search feature. However, you will need to use a desktop computer to do this as it cannot be done on a mobile device yet. 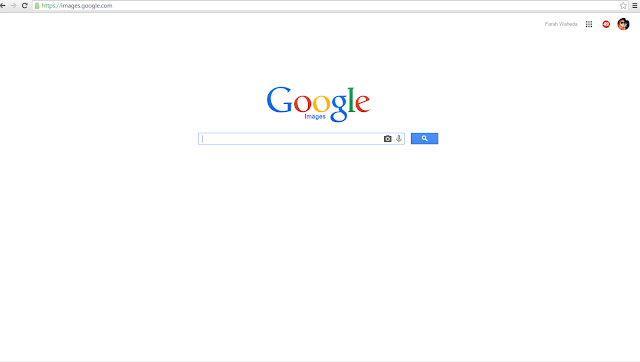 In the Image Search Bar you will notice a little camera icon to your right. Click on this and upload a photo from your computer or the web address (URL) where the photo is located for example on your FB Page or your Instagram Account. 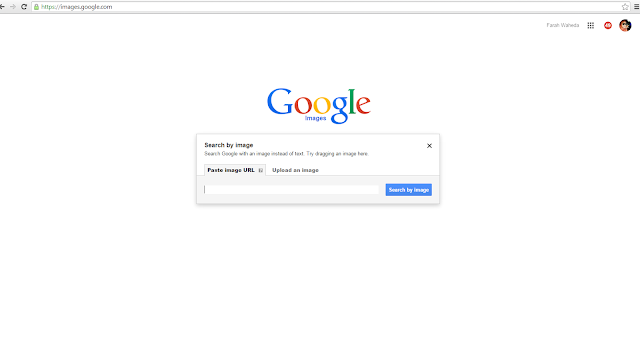 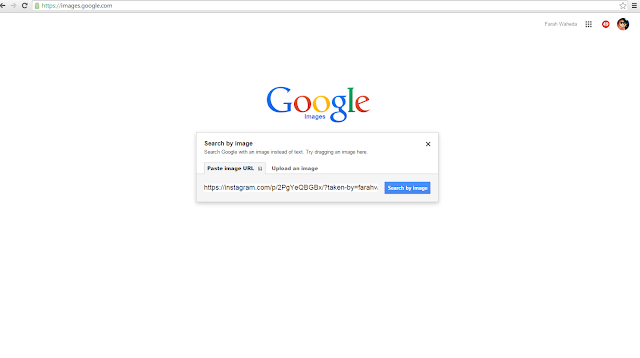 This is called a reverse image search, where Google will then look up all images online that match yours and provide the site adress of where they are located. Ultimately, the most important thing is that should we find any of our images or that of family and friends being used for dubious reasons, it is our responsibility to report this to the police and MCMC, instead of just letting it be.
Phewww, there goes the sigh of relief when I got this result... But, this is not final... It might be around or I am lucky enough it might not be around at all... Might be they are not using any notes or caption using my name? Who knows aight? Just pray hard that it's not... 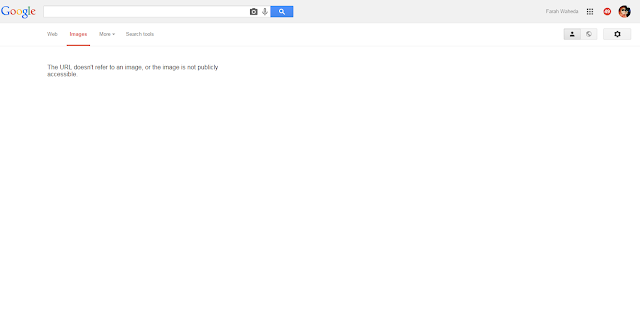 If you wanna check on yourself or your child, you should hit it and give it a try from my sharing above... No harm trying right? ;-)
*Credit, Source, Content & Reference from original post at The Borneo Post Online article HERE
Label: motherhood, parenthood, parenting, parenting alert, parenting awarenes, parenting info, parenting issues, parenting readings, parenting talk
Terimakasih telah membaca artikel Digital Kidnapping - How To Avoid It??? . Jangan lupa share ya
Share
Next Post
Previous Post